Credit Spreads With 50+ IV Rank… Do They Really Work?

The bull put credit spread is a very common options strategy, but is it really profitable when you just put it on based on POP calculations and do not apply any risk management?

Some gurus tout profits are as easy-as-pie with this method, and they promise that you will be profitable from day one as an option trader.  You will find these guys all over the web.

Other marketers backed by billion dollar corporations, such as the Tasty Trade financial network, claim IVR (IV Rank) alone can be used as the “magical gateway” to financial freedom.  They teach it’s easy to profit from credit spreads – you just put them on when IV Rank is over 50, and let it ride.

Their tagline used to be, “manage your winners and let your losers go.”  In 2015 it appears they changed that rule to “manage winners at 50% and stop losses at 200% the original credit.”  This means losers are 4X the winners, so their system would require a POP of over 80%.  We’ll test that formula later.

In this study, we just wanted to test their original formula, which was to let the losers ride, assuming many of them will come back. 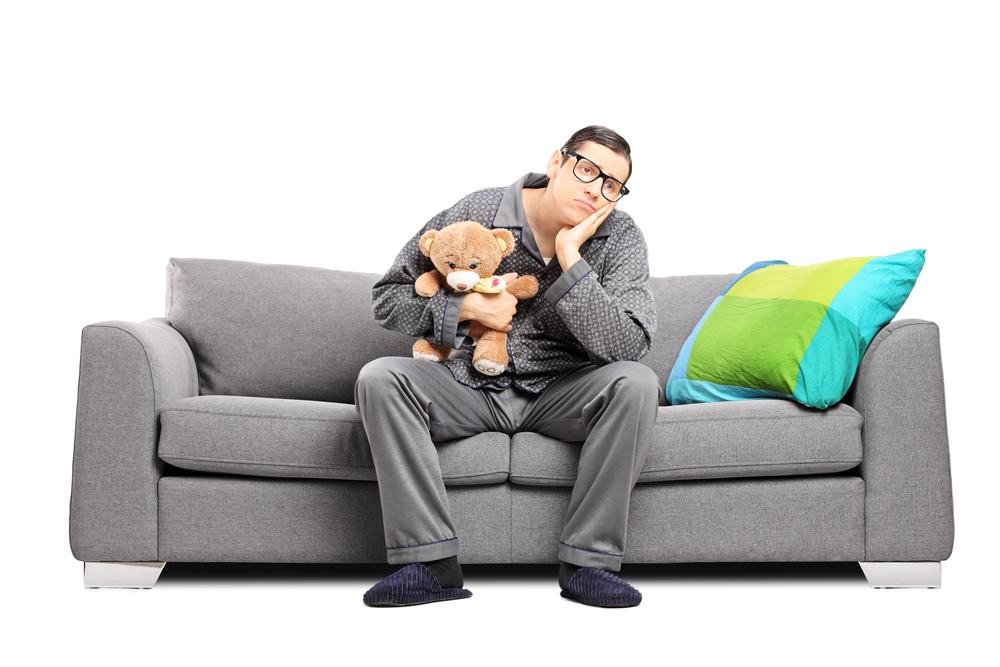 Don’t end up on the couch like this pasty trader™.

Since it’s common to trade multiple credit spreads for diversification, we selected various products with high volume to perform the back test.

Each credit spread is sold near the -.10 delta and we buy the .-05 delta to complete the vertical.  We used the “Let your losers ride” trading method, which was recommend by Tasty Trade.  $10,000 was allocated to each product.  We compounded returns so that $10,000 was total investment and max risk of each.

As you can see the “high probability” credit spread may not actually work long-term when trades are based on IV Rank as recommended by Tasty Trade.  Although you have a great chance of a winning trade, the losses, though less frequent, are much larger, so this method frequently blows up completely when it’s traded long-term.

These 6 products are commonly used for credit spreads.  They are high-volume products which is what is recommended.  The back tests were limited to periods of 50 IV Rank or higher, just as the financial networks claims is the “winning formula.”

That said, let’s look at the positive side of these trades.  Some years credit spreads produce quick profits.  It’s possible to make over 50% if everything goes perfectly.  If you have a way to avoid the bearish moves, this trading style could be a winner, but trading based on IV Rank alone does not seem to be the answer.

As always, best of luck with your trading and remember to manage your risk!  Do not rely on POP calculations alone.  In most cases that method will fail.

Disclosure:  The back tests performed were automated and we do not guarantee the accuracy in any way.  Please do your own research and make your own conclusions.

Hello Morris, I had 4 really small trades on last week.  I made $8,300.  My confidence is growing with these trades and I’m starting to put more capital to work.  I put 2 trades on Friday and will do the same this week on any pullback. I’m up to about 75 hours of backtesting now.  […]